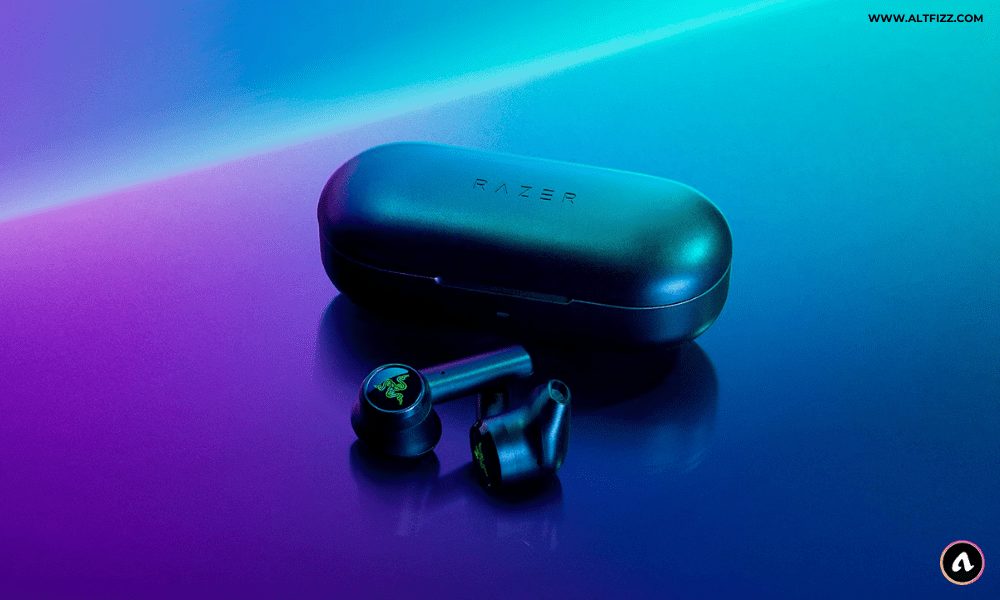 I have found in the case of Razer’s products that their names are often named after poisonous organisms or powerful things.

Actually, the gadgets of Razer are usually game-supporting. So, such names of theirs are kept to give the message that the product is rough and tough like gamers.

The name of earbuds, on which this article is based, is also named after the hammer which conveys the message to the buyer’s mind that the device is powerful.

Let us look into the specifications of Razer Hammerhead Earbuds.

Razer hammerhead earbuds are true wireless because they do not need any wire at all to get connected with smartphones or other devices.

The size of drums is one of the most important factors in the case of earphones.

The drums of larger size are able to deliver a better sound.

To understand it we can compare the headphones and earphones.

Since the headphones are larger in size. So they have the larger drums to deliver a louder sound than that of the earphones.

As far as Razer Hammerhead earbuds are concerned, they are equipped with drivers of 13mm.

It is a sufficient size to deliver quality audio with fine treble and deep bass.

It is capable of providing a heart-touching listening experience.

The latency rate is also a factor in the case of hearing devices.

The latency rate of a device depends upon the time it takes to reach our ears after the sound is produced from its source.

The low latency rate indicates that the voice is not getting late in reaching our ears.

Therefore, a hearing device with a lower latency rate is considered to be a better audio device.

It is noteworthy that Razer Hammerhead is providing an extremely low latency rate of 60 ms.

It makes us able to get real-time enjoyment of music, video, and video calling.

It particularly is very useful to provide a real-time video gaming advantage to game lovers.

Razer Hammerhead is having the IPX4 rating.

The IPX4 rating is provided to the premium-level devices. So we can be assured that the device has a high resistance power against water, sweat, and dust, etc.

So you can indulge in tough activities like jogging or exercise etc without worrying about the protection of your earbuds from sweat or dust.

It makes you comfortable during various activities.

When you are on a video call the person on another side will be able to listen to your voice clearly.

If you are playing video games in a group, you can command your team members. They will listen to your command without any interruption.

The playtime of the earbuds is 4 hours. An additional charge can increase the playtime for a further 12 hours.

Thus the earbuds can perform for 16 hours continuously.

The earbuds are finger-touch enabled.

The play/pause of music and receiving/ending of the phone calls is controlled by just your finger-touch.

If you have misplaced any of your earbuds, you need not worry. With the help of Bluetooth, it will find its lost pair.

It is able to deliver crystal clear audio with its 13mm drivers.

It also has a competent mic for carrying a clear voice to your companions during video calling etc.

Razer Hammerhead is also good for game lovers with its negligible latency rate.

However, the playtime of 4 hours after the single charge is a bit disappointing. But it can be ignored because the total playtime is 16 hours which can be said satisfactorily.

Razer Hammerhead earbuds compete with Apple AirPods in terms of design and features, while these are economical than them in terms of price. So they can also be seen as a good rival to AirPods.

Overall, according to its name, it is a powerful device.