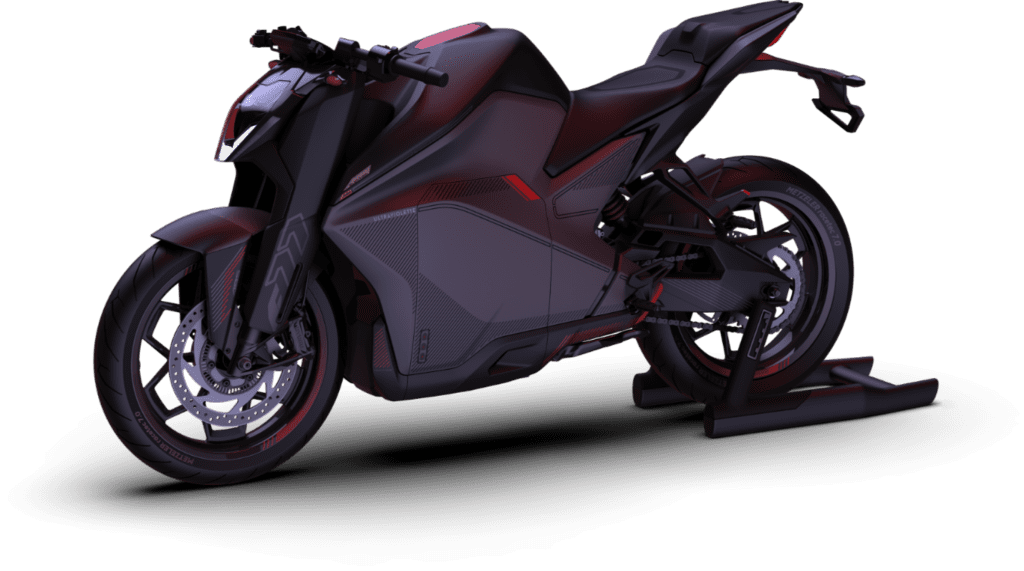 Bengaluru-based start-up company Ultraviolette has introduced an electric bike Ultraviolette F77, which is the first performance-based bike launched in India.

F77 is a powerful electric motorcycle. It has so many specifications that make it an advanced bike.

It is believed that the speed of electric vehicles is lower than the oil-driven vehicles and their charging also takes time. Even after getting fully charged, they cannot go for long distances. But Ultraviolette’s F77 dispels all these doubts.

Apart from this, a lot of advanced features have also been given to it which makes it a smart bike.

The specifications of Ultraviolette F77 are as under:

The F77 is available in three variants-
Lighting, shadow, and laser.

The bike is packed with three slim and modular lithium-ion batteries.

As an option, the charging pod may also be installed at home to charge the bike overnight.

The braking system of F77 is handled with a 320 mm front disc brake gripped by a four-piston clipper and a 230 mm rear disc brake with a single-piston clipper.
It has a dual-channel ABS system.

F77 has many features that make it a smart bike. Some of the main advanced features are as under:
It has a full-color TFT screen.
It has blue tooth connectivity.
It has a dedicated app with over-the-air updates.
It has remote diagnostics.
It has a bike locator.
It has ride analysis features.
It has a maximum speed limiter.

The alternative to oil fuel is the need for time.
In such a time Ultraviolette has presented a fantastic electric bike that is powerful and smart as well.
Since the F77 is an electric bike, it will not only reduce the cost of petrol, but it is also eco-friendly, so it will also protect the environment.