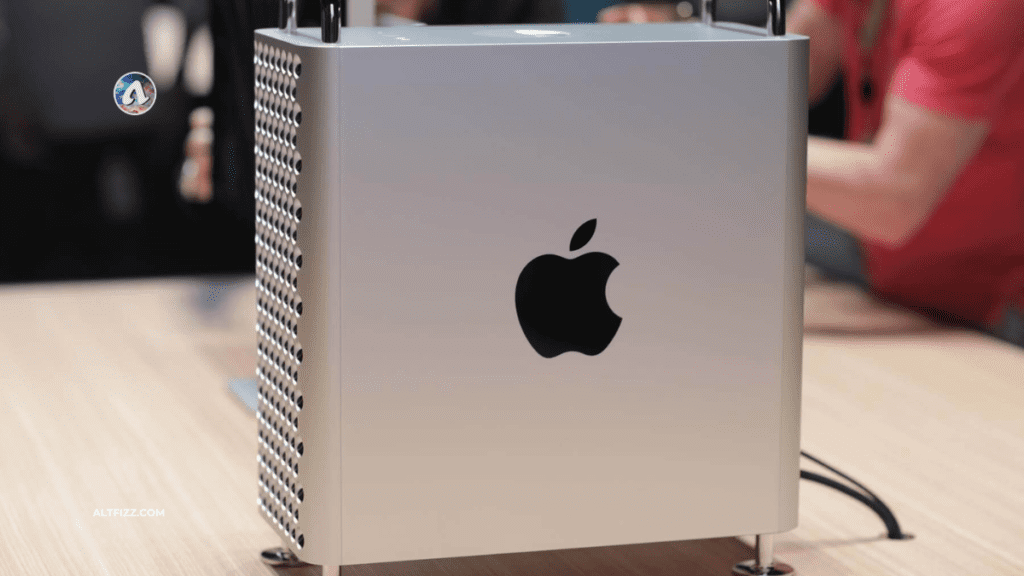 If you’re thinking about buying a new Mac Pro, then you’ll want to read this blog post. In it, we’ll tell you about some of the features that make the Mac Pro stand out from other Apple machines.

We’ll also give you our opinion on whether or not the Mac Pro is worth purchasing. So if you’re curious about the Mac Pro, keep reading.

About the Apple Mac Pro

The Apple Mac Pro is a high-end desktop computer that was first introduced in 2006. It is designed for professional users such as video editors and graphic designers who need a powerful machine for their work.

The Mac Pro is available in two different models, the entry-level model with a single processor and the higher-end model with two processors.

It comes with a range of features that include a large hard drive, plenty of memory, and support for multiple monitors.

The Mac Pro is also expandable, so you can add more features as your needs change. If you’re looking for a powerful desktop computer, the Apple Mac Pro is a great option.

Mac Pro Features at a glance

Mac Pro is redefining the supercomputer by providing a processor of Intel Xenon with huge bandwidth and requires around 300W power to work.

Other features for unparalleled functioning are 1.5TB RAM, MPx Module which can give multiple GPUs, upgradeable 32GB VRAM, and an Apple afterburner card which processes massive 6 billion pixels per second. Well, this looks good for the price they charge.

An inbuilt power of 1.4KW power supply to support its high power requirements, 256 GB SSD encrypted with a security chip. All these features seem to justify the price range.

Mac Pro offers a lot which makes it a dream computer and comes with the view of future expansion.

Turbocharged and ready to take on any task, the all-new Apple Mac Pro is a powerful machine that can handle anything you throw at it.

With Turbo Boost speeds of up to 4.0GHz, this machine is designed to power through even the most demanding tasks.

Plus, with support for up to 2666MHz memory and 12 DIMM slots, you can expand your system’s memory capacity to handle even the most memory-intensive applications.

Whether you’re editing video, rendering 3D graphics, or just browsing the web, the Mac Pro is up to the task.

The Apple Mac Pro is a powerhouse of a machine, perfect for professionals who need the utmost performance from their computer.

With up to 1.5TB of DDR4 ECC memory, it can handle even the most demanding tasks with ease. And with 12 user-accessible DIMM slots, you can easily upgrade your memory as needed.

So whether you’re editing photos or videos, rendering 3D models, or just working with large files, the Mac Pro has the power and flexibility to get the job done.

When it comes to graphics, the new Mac Pro is in a class by itself. With the ability to configure two MPX Modules with up to four GPUs, it provides unprecedented power and flexibility.

For even more processing power, consider the W6800X Duo. No matter which configuration you choose, you’ll be able to handle the most demanding tasks with ease.

So if you’re looking for a machine that can handle anything you throw at it, the Mac Pro is the obvious choice.

Looking for a powerful and reliable computer that can handle even the most demanding tasks? Look no further than the Apple Mac Pro.

With a massive 1.4 kilowatts of power, this machine is built for speed and performance. And with a maximum continuous power of 1280 watts, it can handle even the most strenuous tasks without breaking a sweat.

So whether you’re working on complex design projects, editing videos, or just browsing the web, the Mac Pro is up to the challenge.

Plus, it comes with a host of features and options that let you customize it to your specific needs.

The new Mac Pro is a powerhouse designed for professionals who need the ultimate in performance.

It features eight PCI Express expansion slots, so you can add even more horsepower to your system.

So whether you’re looking to increase your storage capacity, add an extra graphics card, or expand your network connectivity, the Mac Pro has you covered.

With the Apple Mac Pro, you get the power and flexibility to edit and render high-resolution ProRes and ProRes RAW files with ease.

The Afterburner ProRes and ProRes RAW accelerator card give you a huge boost in performance, letting you play back up to 6 streams of 8K ProRes RAW or 23 streams of 4K ProRes RAW.

So whether you’re working on the next Hollywood blockbuster or a small independent film, the Mac Pro has the horsepower to get the job done quickly and efficiently.

The new Mac Pro is a powerhouse of a machine. It’s ideal for graphics-intensive applications, video editing, and more.

With up to 8TB of SSD storage, it’s got the space you need to store all your important files. And with sequential read and write speeds of up to 3.4 Gbps, it can handle even the most demanding tasks with ease.

Plus, storage is encrypted by the Apple T2 Security Chip for added peace of mind. So if you’re looking for a machine that can handle anything you throw at it, the new Mac Pro is the one for you.

Looking for a powerful, yet lightweight computer that can keep up with your demanding lifestyle? Look no further than the Apple Mac Pro.

This top-of-the-line machine is equipped with an I/O card installed in the half-length x4 PCI Express slot, making it incredibly fast and efficient.

Additionally, it comes with two USB 3 ports, support for USB-A (up to 5 Gbps), and two Thunderbolt 3 ports, making it easy to connect to a variety of devices.

Plus, the Mac Pro also supports USB-C (up to 10 Gbps) and DisplayPort, making it the perfect computer for both work and play.

It starts with a very high range of $5999 (₹4,99,900) approx. which is expected of Apple but lets us see what it all includes to justify its price range.

Apple Mac Pro, synonymous with the most powerful computer of the time period it was being released, has some marvelous features which make it a dream for those who desire unparalleled computing power.

Mac Pro weighs 40 pounds and provides a completely removable aluminum cover for complete access to all the internal parts to provide an easy upgrade for more years.

Apple Mac Pro is a future-seeking supercomputer. It is a benchmark difficult to achieve but seems to justify its price.

Its cheese grater design gives the company, more options to upgrade and it is refreshing to use a simpler rectangle design.

This design is more modular, easily serviceable, and effectively upgradeable. Though its tower version weighs more than the earlier compact version.

Its counterparts in size also have limitations with a number of PCLEs extensions and quad-core graphics, also if you get a fully configured Mac pro may even exceed the price of $35000.

The price they offer still remains out of reach for most people.

Amazon Prime Day MacBook Deals | Get Up to $400 OFF