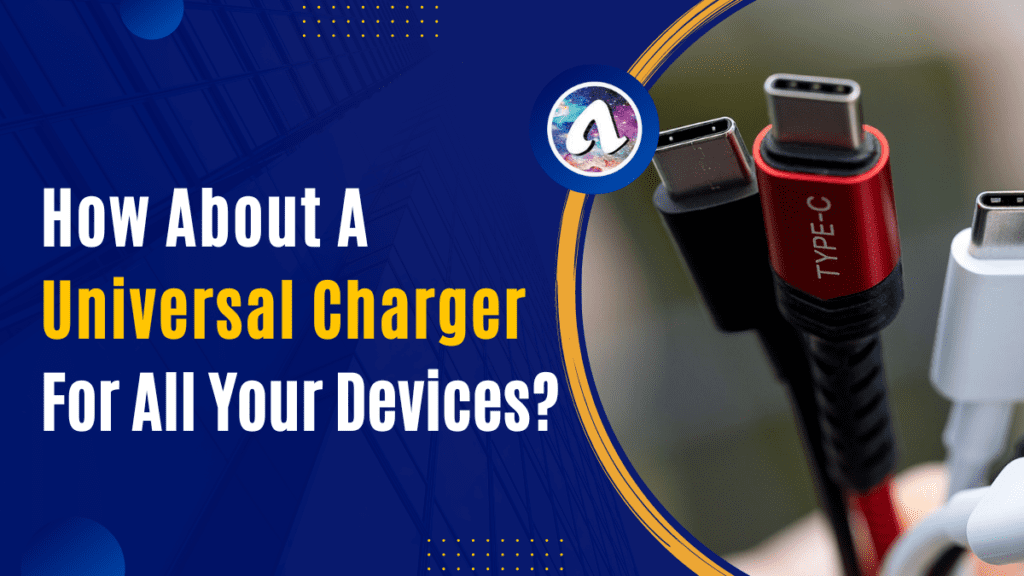 The Bureau of Indian Specifications (BIS) has set guidelines for the USB Type-C charging connector.

Table of Contents hide
1 Mandatory Rules of Common Chargers
2 Why is the Indian Govt mandating universal USB Type-C charging ports?
2.1 What is the deadline for ‘Universal Charging Ports’ for all companies?

You don’t have to purchase or carry multiple chargers for your smartphones & other gadgets from 2025. As the Indian govt has set a universal charging port for all devices.

The Indian government is getting ready to roll out universal charging connections for mobile phones and wearable electronic devices.

In order to improve user convenience and lower e-waste, the Department of Consumer Affairs has mandated the use of universal charging connectors.

As a result, charging ports for all different tablets, smartphones, and electronic wearables will all be the same.

Rohit Kumar Singh, the Consumer Affairs Secretary, stated while speaking about the latest mandate. He said,

“At the previous meeting, there was a broad agreement among the participants that USB Type-C should be used as a charging port for devices such as laptops, tablets, and smartphones. The BIS has announced Type-C charger requirements.”

Additionally, he acknowledged that the Indian Institute of Technology (IIT)-Kanpur is researching the viability of a single charging port and will submit a report to the government.

This is an important step in the direction of the LiFE (Lifestyle for Environment) mission, which Prime Minister Narendra Modi announced at COP-26.

The LiFE (Lifestyle for Environment) mission encourages people everywhere to “mindful and deliberate utilization” rather than “intentionally and wastefully consumptions.”

India also wants to follow the schedule set by the European Union (EU), i.e. 2024, because manufacturers of mobile phones and gadgets have a global supply chain and don’t supply in the Indian market only.

What is the deadline for ‘Universal Charging Ports’ for all companies?

The deadline for device manufacturers to include a USB Type-C charging port in their products sold in India is March 2025.

The European Union (EU) has already set device makers a deadline of December 28, 2024, for conformance, and the mandate will be implemented in India a few months later, beginning in March 2025.

The Indian government has also established a separate monitoring team to investigate the viability of a uniform charging protocol for wearables sold in India.

It’s important to note that the majority of Android phones ship with USB Type-C charging connections; Apple is the only company that needs to make the switch and stop using its proprietary lightning ports.

For the time being, the deadline for smartphones is March 2025, while laptop manufacturers have until 2026 to make the necessary modifications.