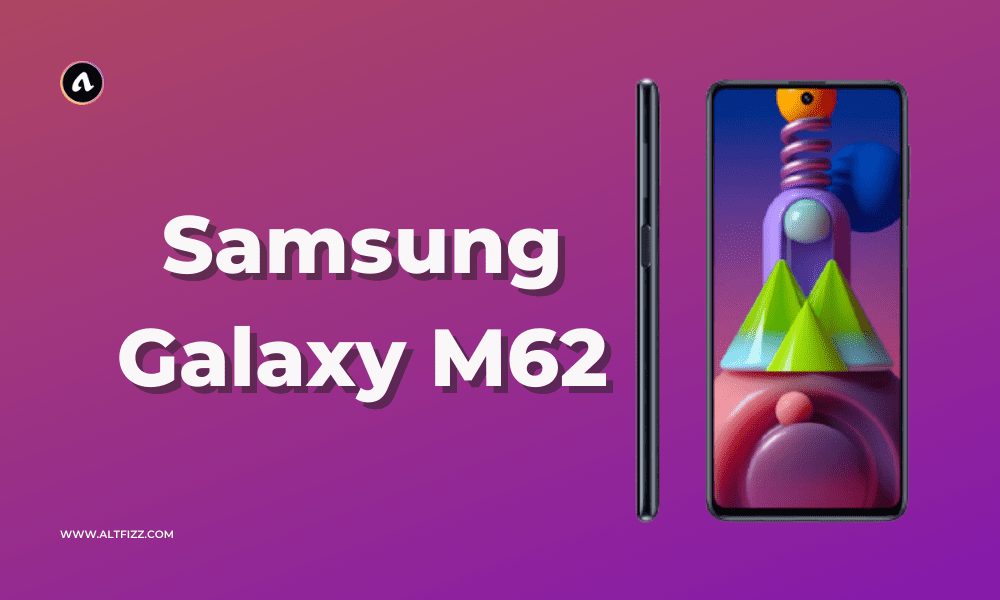 The Samsung Galaxy M-series has heaped much praise from the masses. Much attention has been given to every phone’s details and specifications. The recently launched successor Samsung Galaxy M62 is no different at all.

The phone features a 6.70-inch Full HD+ Display. It is powered by Samsung’s very own Exynos 9825 processor and comes with a large 7000 mAh battery.

Galaxy M62 has a quad-camera setup on the back and a single front camera.

It has 8GB of RAM includes a 128GB of internal storage. Let’s learn about the other specs of the phone as well!

Samsung M62 has a huge 6.7-inch Glass front with a scratch-less plastic body at the back. It comes with a Full HD+ Super AMOLED Infinity-U Display with up to 420 nits of peak brightness.

It gets a side-mounted Fingerprint sensor.

Samsung M62 is made for a smoother and better performance.

It has two variants available both having 8GB of RAM and 128GB or 256GB of internal memory as per your choice.

The external memory can be expanded with a micro-SD card of up to 1TB.

Samsung M62 houses a quad-camera setup on the Back in a very elegant style.

It also features a Front Camera with a 32-megapixel sensor for selfies and video chats.

Sensors including an accelerometer, ambient light, gyroscope, magnetometer, and a proximity sensor are all present to help gain maximum output from the phone.

The phone boasts a 7000 mAh battery with 25WProprietary Fast Charging. The phone can easily last for 2 days under considerable use.

The phone is available in 3-colour options: Black, Green, & Blue for you to choose from.

The major force behind the success of the Samsung Galaxy M-series has been providing customers with phones that come loaded with great specifications, that too at very effective prices.

Samsung M62 features an Octa-core CPU, a 6.70-inch Full HD+ Display, a large 7000 mAh battery with Proprietary Fast Charge, and a brilliant Quad Camera setup, which make it an option worth your choice.