Samsung Galaxy A80 Hands-On – Coming Soon in India in May! 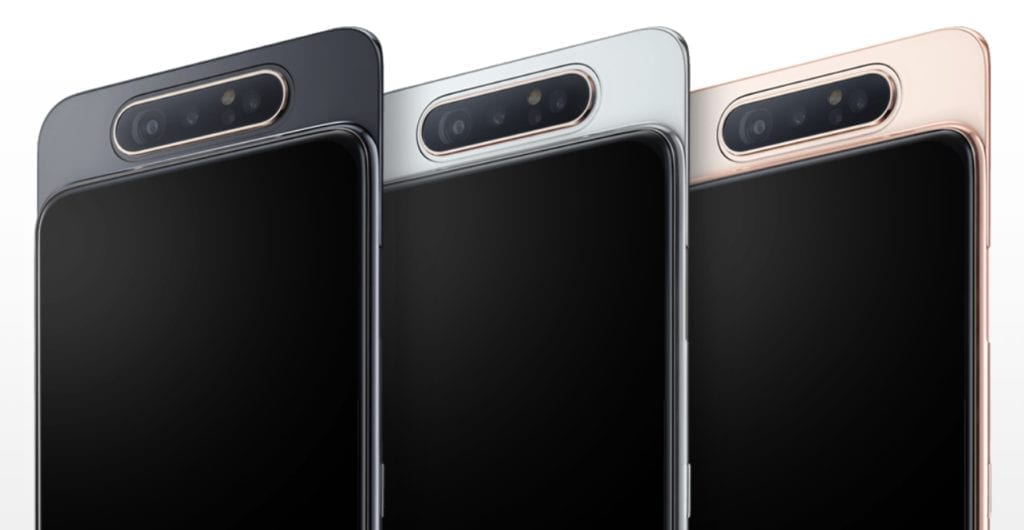 Wow! Again Samsung is coming up with a new launch of Samsung Galaxy A80 having a New Infinity display, rotating camera module. Let’s Meet with the new Galaxy A80.

Galaxy A series of Samsung has revitalized its generation that will prefer to remain alive all the time. The company of Samsung said Galaxy A80 would be coming to India in May.

The Galaxy A80’s main highlight is its pop-up rotating camera design. The camera was built to live not just for selfies. Samsung Galaxy A80 phone comes with a 1080×2400 pixel resolution 6.70-inch touchscreen display.

The camera also includes several modes such as super slow-mo, the live focus for photos, videos and hyper-lapse and setup of the rear camera autofocused.

With several new devices, Samsung is geared to challenge its Chinese competitors with smartphones Oppo, One Plus, Xiaomi. Samsung Galaxy A80 is coming up with the RAM 8 GB 128 GB of microSD onboard storage that cannot be expanded.

And 1.7GHz octa-core Qualcomm Snapdragon 730 G Processor powered by Galaxy A8 which will be the first smartphone to have it. About the battery, it has 3700 mAh and supports high – speed 25W charging.

The device loaded with Android 9 Pie OS, which has one UI customization, as you might expect. Only available with Multi Window capability on certain apps. Samsung Galaxy A8 Price will be expected in the range of Rs 45,000 to Rs 50,000.

First Phone Samsung Galaxy A80 with a rotating pop-up camera!

With a refreshing new design, the Galaxy A80 comes with a sliding and rotating camera setup. The Samsung Galaxy A80 having dual-SIM supports Nano-SIM cards and available in Phantom Black, Angel Gold, and Ghost White colors.

Samsung Galaxy A80 will be available soon, but Samsung still needs to disclose more pricing information and where you can buy it.

Meet New Samsung Galaxy A80 – Everything You Need Know!

Marketing head of Samsung India, Ranjivjit Singh has confirmed to IANS that the New Samsung Galaxy A80 it will be launched in India in the coming weeks.

On the AnTuTu benchmark site, Galaxy A80 with model number SM – A805F found with new features. Of course, It will boil down to real-world tests, and seeing full-fledged reviews of the Galaxy A80 is still early in the days.