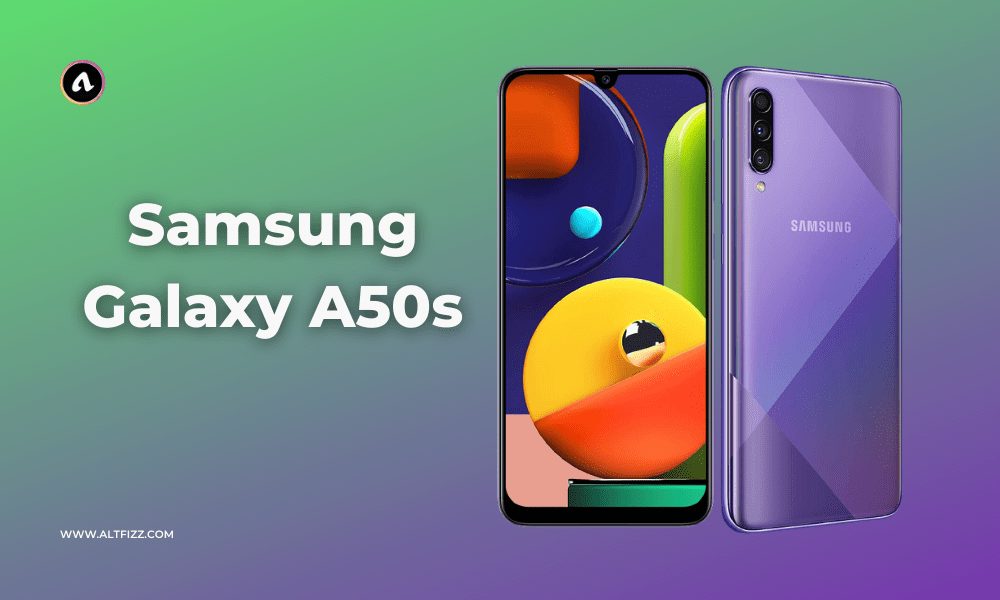 Keeping up with the expectations of the Samsung Galaxy A50s, It is a very good phone in its price range.

Let’s find out what’s new in the Samsung Galaxy A50s and how it sits in the already very competitive price bracket.

The same sleep, slim and lightweight body will remind you of the Samsung Galaxy A50.

The 7.7 mm thickness and 166 grams weight accounts for the phone being so lightweight and easy to hold.

The curved back adds up to the ease with which the phone can be gripped.

It gets a checkered pattern on the back. The checks have different shades of the same color.

It is available in three colors:

There have been no major tweaks made in this category.

It gets a 1080P resolution and also comes with Widevine L1 certification, which allows you to stream true HD content on OTT platforms.

Exynos 9611, with its minor tweaks, makes the phone marginally better in performance than the Galaxy A50 which was equipped with Exynos 9610.

A 10nm FinFET process and a Mali-G72 MP3 GPU, not only make the phone efficient but also help reduce the battery drain while using higher and heavier apps.

Galaxy A50s works on the One UI (Android Pie-based) interface. One UI is one of the cleanest and smoothest interfaces when it comes to getting tasks done.

The phone also boasts an in-display fingerprint sensor and face unlock. And not to forget, it supports Dolby Atmos surround sound through wired and Bluetooth headsets.

The Galaxy A50s comes with a rear triple-camera setup that includes a 48-megapixel primary camera, an 8-megapixel wide-angle camera, and a 5-megapixel depth camera.

It also gets a 32-megapixel front camera.

In the video department, the phone can shoot videos at 1080p and 4K resolutions. It can record 4K videos at 30 fps.

It also gets EIS for recording at 1080P which helps reduce the shakes the can occur during times of shoot.

The Galaxy A50s comes with the same 4000 mAh battery as its predecessor, which is claimed to last a full day with a single charge.

The phone’s performance is up to date with the competition in this price range, and choosing it over some other phone might well be a good decision.