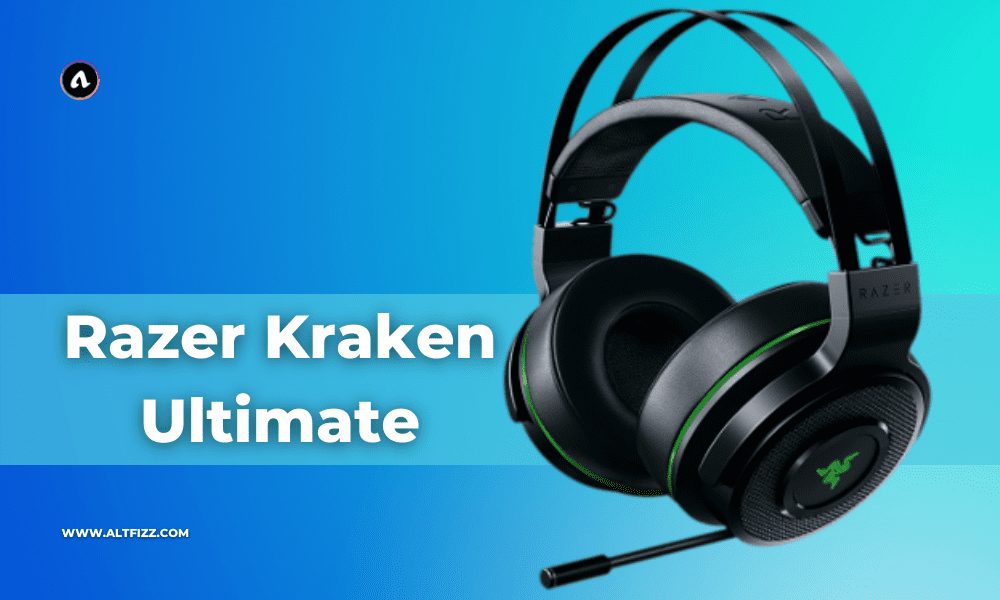 Razer is one such company that has made its mark as a manufacturer of fast-performing gaming gadgets.

Most of Razer’s gadgets are named after venomous snakes. Snakes are considered to be fast-moving animals. Since gamers love fast-paced gadgets, Razer names its gadgets after the snake theme. Thus it presents them as fast-acting gadgets.

The new Razer Kraken Ultimate is also named after Kraken which is known to be a mythological sea snake.

Let us look at key features of the headset:

Razer presents its Kraken Ultimate as a PC gaming headset so it has been designed to appear rough and tough.

The whole body of the headset is black. The earcups are designed well.

The Razer logo is visible on each ear cup thereby enhancing the beauty of the earcups.

Gaming headsets often warm up due to prolonged wear during games.  But Razer has adequately managed this in Kraken Ultimate.

Its ear cups are designed with cooling gel-influenced cushions. So they remain cool as well as comfortable while using.

The headset is powered by Razer Chroma™ RGB. It is a lighting ecosystem developed by Razer consisting of 16.8 million colors. It is able to generate numberless color patterns.

The Kraken Ultimate ear cups are illuminated with colorful light due to RGB support. This makes them look beautiful and alive.

Driver size is one of the important aspects of audible instruments.

Actually, the driver is an important part of headphones, earphones, and earbuds because it generates sound.

The larger the driver size means the louder sound.

It is important to know here that the quality of sound of audio devices not only depends on the driver size but also on many other components.

If we talk about Kraken Ultimate, it is equipped with 50 mm drivers. The driver size is enough to deliver a clear sound.

Kraken Ultimate has a THX Spatial audio system. It provides 360 degrees spherical sound to give you a deep real audio experience while gaming.

The headset is able to reproduce the full range of audible frequencies. It covers the full spectrum from 20 Hz to 20000 Hz. It means the headset will provide you with every audible sound received from the audio source.

Nowadays, noise cancellation has become an important factor for earphones and headphones.

It does a good job to reject the unwanted ambient noise. It makes us comfortable while gaming, calling, and listening to music.

Since its retractable mic is powered with Active Noise Cancellation, it ensures the clear relay of your command to your team while gaming.

It can be connected through a USB.

It does not have a wireless option.

Though it may be said to be a drawback of the device, yet it is not a big problem. The wired connectivity is always better than the wireless one for gaming purposes.

Kraken Ultimate is a good PC gaming headset. It has an attractive design. It provides comfortable ear cups with a cooling gel cushion. Its ANC restricts ambient noise.

By wearing it, you can enjoy gaming for a long time without getting tired.

Razer even presents itself as a gaming expert and also claims that the gadgets offered by it are specially designed for gamers.

This does not mean that these gadgets should not be taken for non-gaming purposes.

Whether you take it for gaming purposes or to enjoy music, overall the headset is worth buying.

Considering its quality, the price is also reasonable.