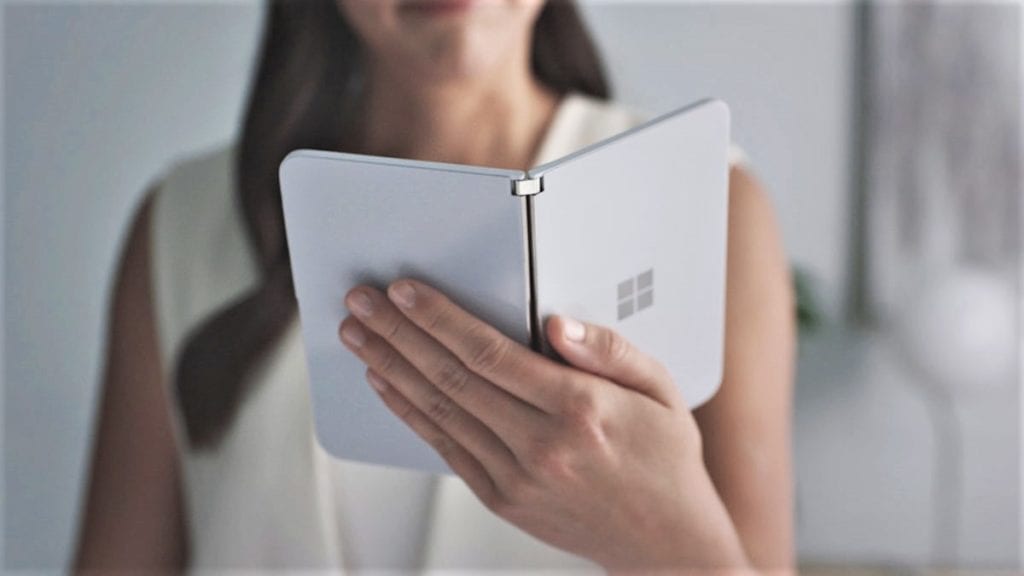 The Microsoft Surface Duo has finally been launched.

Let us tell you that the design of Surface Duo was introduced by Microsoft in October 2019.

Almost a year after this, it is now introduced in August 2020.

Microsoft Surface Duo is a dual-screen smartphone. But it is quite different from Samsung’s Galaxy Fold.

Samsung’s device was foldable while Surface Duo consists of two screens that are connected with each other by hinges.

It is a multi-tasking device. It is itself a mixed form of a smartphone, a tablet, and a laptop.

Rather it should be said that it is more than these three because different works can be done on both of its screens at the same time. Earlier it was not possible to do this on any device.

He was seen writing something on one screen of the device, and at the same time on the second screen, he was reading a book on Amazon’s Kindle app.

Microsoft has not been very successful in making smartphones. But the company is confident that its Surface Duo will be a super hit in the world of smartphones.

Well, how successful the phone is, it will be decided in the future, but this phone can definitely be called a special presentation from Microsoft from many perspectives.

Surface Duo is a combination of two screens. These screens can be managed in different forms.

It’s every screen is of 5.1-inches but both the screens jointly become 8.1-inches.

The large screen of 8.1-inches gives the real cinematic experience. The screens of the device can be managed to use it as a laptop also.

For this one screen is used as a display of laptop while the second one becomes the QWERTY keyboard.

Surface Duo is featured with all the apps of Microsoft. Apart from this, it has all the Google apps also. So users get the benefit of the apps of two giant tech companies.

Having been powered by the features of two great tech companies, the device can present a tough challenge before other smartphone companies. It may be proved a game-changer for Microsoft.