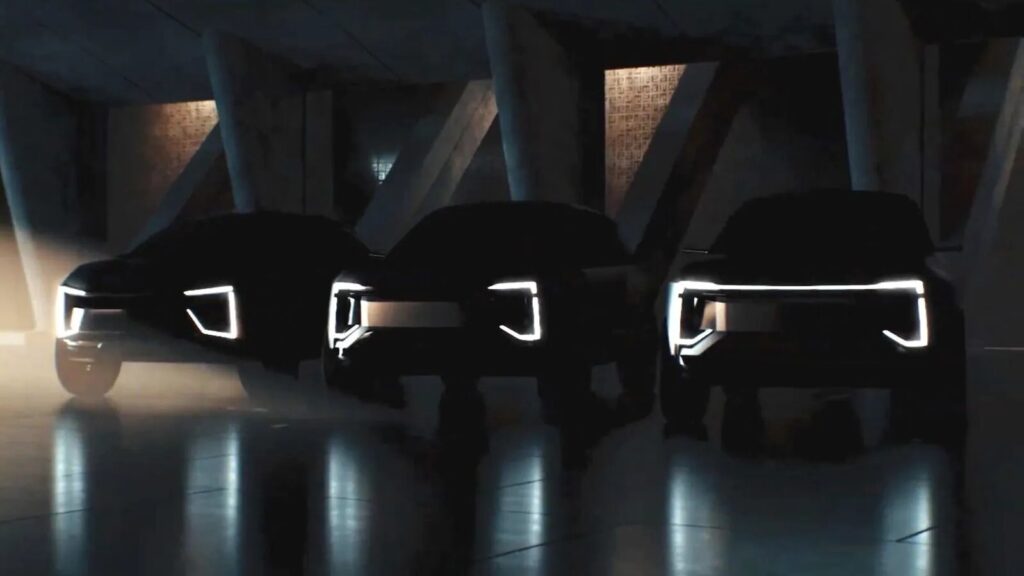 Mahindra and Mahindra have released a teaser video revealing their plan to present a range of powerful Mahindra EVs.

Welcome to a reimagined world of Born Electric vehicles. Electrifying presence & exhilarating performance brought to you by our team of global designers and experts.

Mahindra recently announced that it will soon reveal its plans for electric vehicles in India. He had also said that he will launch the fully electric XUV300 SUV in the second half of this next year. The very next day after this announcement by Mahindra, their teaser has surfaced in which their upcoming range of electric vehicles has been shown.

Let us tell you that Mahindra & Mahindra is a well-known car manufacturer based in India.

In the last few years under the leadership of the owner of the company, Anand Mahindra, the company has launched many powerful cars in the market which have been very popular.  Mahindra’s Thar is a powerful SUV that is a very popular vehicle. It has a lot of crazes, especially among the youth.

Anand Mahindra himself is a very visionary person who believes in keeping up with the times. He also understands the power of social media very well in the present time. That is why he is very active on social media platforms.

What does the Mahindra EV teaser say?

The teaser video released by Mahindra says, “Welcome to a reimagined world of Born Electric vehicles.”

The headlights and taillights of three SUVs are visible in the teaser video, from this it is clear that Mahindra is going to launch at least three vehicles. Obviously, these will be being made keeping in mind the needs and budget of the people of different segments present in the market.

Further, he says, “Electrifying presence & exhilarating performance brought to you by our team of global designers and experts.”

This clearly shows that Mahindra is very excited and serious about these vehicles. For the manufacture of these vehicles, the services of world-class designers and experts are being taken.

Mahindra has also revealed his born electric vision regarding these vehicles.

The upcoming cars have also been shown as a part of the manufacturer’s born electric vision, a platform that will offer the entire range of EVs.

Mahindra’s electric concept is going to be developed in a UK-based Mahindra Advanced Design Europe (MADE) studio.

Let us tell you that Pratap Bose, a British Indian automotive designer, has a big role in designing Mahindra’s concept cars.

Mahindra has declared that he will invest about 3000 crore rupees to develop these cars. As well as he has declared that the four Mahindra SUVs of the ICE portfolio will be changed into electric cars in the future.

One of these four could be the XUV300.

Now it can be said that out of the three cars seen in the teaser video, two could be XUV700 and KUV100. And the third one can be XUV500, Scorpio, or Bolero.

Well, for the time being, we will have to wait till next year till these cars come in front of us.