LG W41 PLUS AND LG W41 Full Comparison and Features 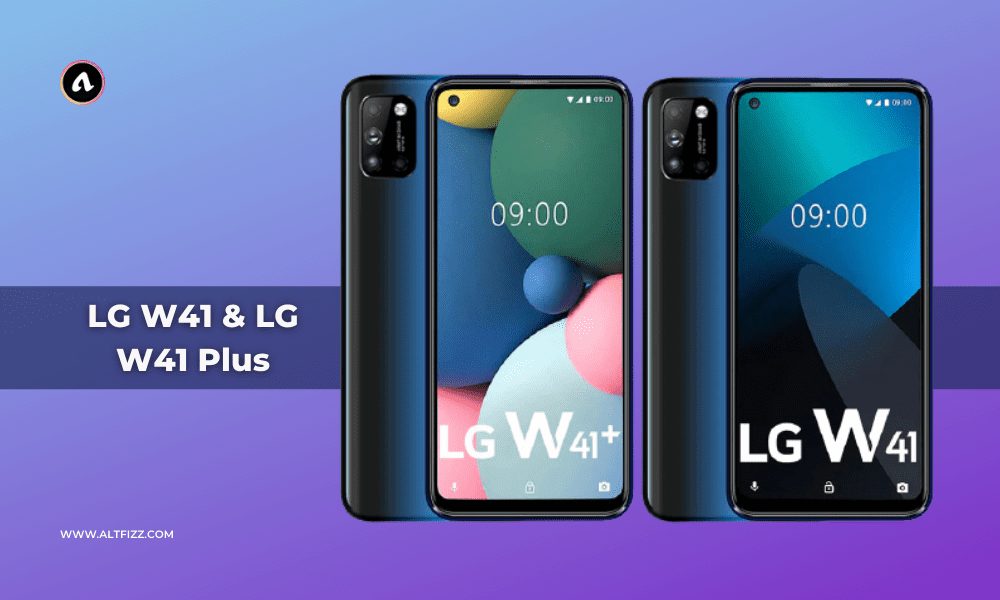 LG has launched two new best Smartphones, LG W41 Plus and LG W41 in the past two years.

Although these beautifully designed Smartphones bear different names, are not at all that much different entirely.

The only major feature that differentiates LG W41 Plus and LG W41 is the Ram and storage configuration.

Both the upgraded versions come with notable improvements and better features over other series of LG smartphones.

Both phones are available in Magic Blue and Laser Blue color options with a little difference in the price range.

In terms of display, both the series of LG have the same specifications.

It also offers a pixel density of 269ppi teamed with an aspect ratio of 20:9, a cinematic viewing ratio that ensures entertainment on the go.

Along with this, Sensors present on both the phones include an accelerometer and proximity sensor. Both Smartphone supports up to 512GB of expandable storage by the use of a microSD card.

The only difference is storage configuration.

LG W41+ as an upgraded series provides a better storage facility as compared to LG W41.

It provides 2MP Depth & 5MP Macro that will let you shoot closer and clearer.

Its 8MP super wide-angle camera helps you to enjoy amazing video calling and capture a detailed picture with wider scenery without zooming in. With a 48MP rear primary camera, you can now capture vivid and clear landscape pictures.

All these superb features can allow a good camera to knock a Smartphone and make it an ideal tool for a creative to take everywhere with them.

Both the upgrades and simple versions of the LG W41 have the same battery life. In terms of charging, both LG W41+ and LG W41 give you a massive 5000 mAh battery capacity.

This long-lasting battery gives you access to a continuous power supply without having to find the charger frequently. It is said to survive on standby for such a long time on a single charge.

For security, the phones come with a rear-mounted fingerprint sensor.

Both the smartphones of LG give the best performance with long-lasting battery life and a camera that fulfill all the requirements.

With their best performance, both the series are sure to be the ones that are well worth the money.

LG K62 Full Review, Features, and Price in the USA