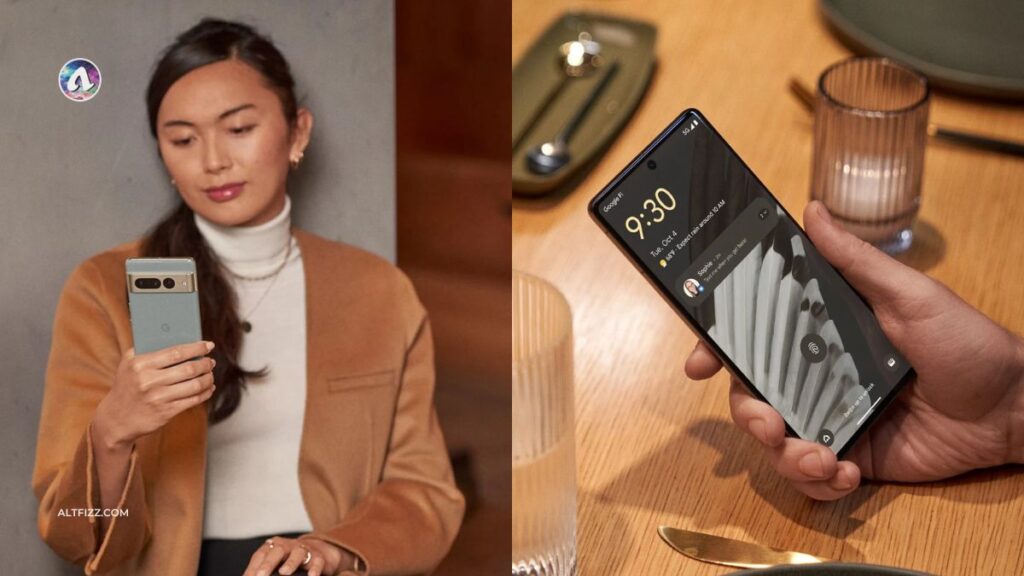 Google has just launched its newest smartphones in India, the Google Pixel 7 and Pixel 7 Pro.

These phones are packed with features that are sure to appeal to smartphone users, including a powerful camera, a sleek design, and an impressive display.

The first generation Google Pixel was released in October 2016.

The camera was considered one of the best smartphone cameras at the time, with an f/2.0 aperture and a 12.3-megapixel sensor.

Google later released upgraded versions of the Pixel phones with a bigger battery and an upgraded camera.

Let’s take a closer look at what these phones have to offer.

The first thing you’ll notice about the Pixel 7 and 7 Pro is their sleek design.

The phones are made with aluminum and glass, and they come in a variety of colors, including black, white, and pink.

The 7 Pro also has a curved edge display, which gives it a modern look and feel.

Google Pixel 7 has an AMOLED display with HDR support and a resolution of 1080 x 2400 pixels with 416ppi density.

But both displays are bright and clear.

The Pixel 7 and 7 Pro are both powered by an Octa-core Google Tensor G2 (4 nm) processor.

In terms of software, both phones run on Android 13 out of the box.

One of the most impressive features of the Pixel 7 and 7 Pro is their camera.

Google has also included some new camera features with these phones.

Night Sight mode lets you take clear photos even in low-light conditions, while Portrait Light lets you add studio-like lighting to your portraits without using a flash.

Overall, the cameras on these phones are sure to please even the most demanding photographers.

The Google Pixel 7 and 7 Pro both have powerful batteries that will keep your phone going all day long. The Pixel 7 has a 4355 mAH battery, while the Pixel 7 Pro has a 5000 mAH battery.

Both phones also support 30W fast charging, so you can top up your battery in no time.

If you’re looking for a phone with a long-lasting battery, either of these options from Google is sure to meet your needs.

The Google Pixel 7 and 7 Pro 5G come with 5G built in from the company.

With 5G, you can expect download speeds of up to 1 gigabyte per second. That’s about 20 times faster than what you get with 4G LTE.

So you can stream movies, download files, and do just about anything else at lightning-fast speeds.

If you’re looking for a phone that can take advantage of the new 5G network, the Google Pixel 7 and 7 Pro 5G should be at the top of your list.

The Google Pixel 7 and 7 Pro feature a variety of sensors that allow users to interact with the phone in different ways.

One sensor is the fingerprint sensor, which is located under the display. This allows users to unlock the phone using their fingerprints.

Another sensor is the accelerometer, which is used to detect when the phone is moving.

The compass sensor is used to detect which direction the phone is pointing.

These sensors allow users to interact with the phone in a variety of ways, making it a versatile and user-friendly device.

The Google Pixel 7 and 7 Pro are two impressive smartphones that offer a great design, excellent performance, and an outstanding camera.

If you’re in the market for a new phone, be sure to check out these latest offerings from Google.