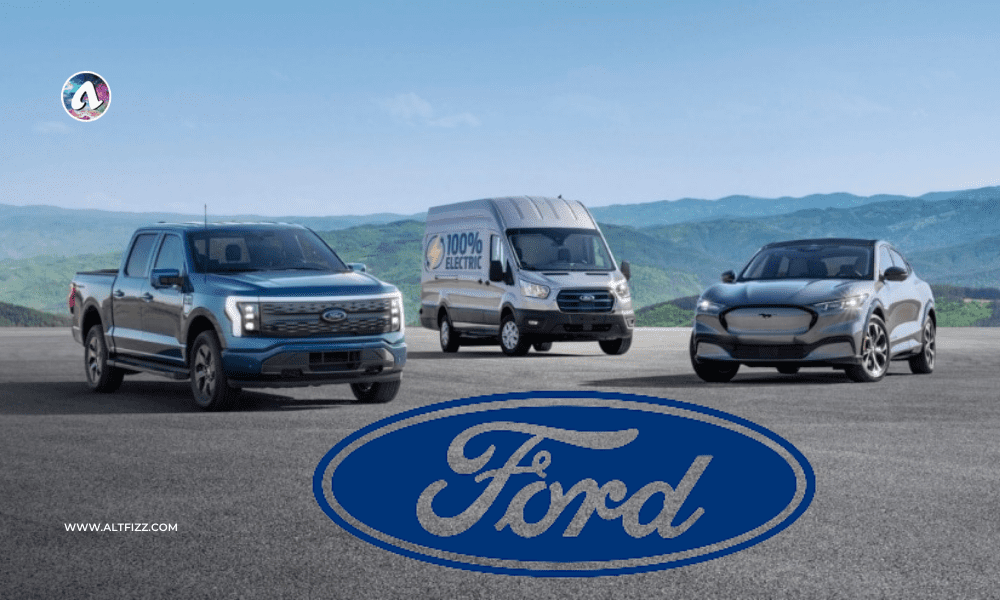 Ford EV is going to be manufactured in India. It is good news for Ford lovers in India.

Table of Contents hide
1 Ford EV manufacturing in India
1.1 Ford had announced to wind up business with India
1.2 What is the Production Linked Incentive (PLI) Scheme of India?
1.3 Ford said thank you to the Indian government:
2 Will the Ford EVs be sold in India as well?
2.1 Ford must win again the trust of Indians:
2.2 Big blow for Tesla:
2.3 Opportunity to take the lead for Ford:

As we know, Ford is the giant American automobile company. It has been manufacturing cars in India also.

It has two car manufacturing plants in India. One in Sanand, Gujarat, and the other in Marai malai, Tamil Nadu.

On Friday the company said, “It was exploring the possibilities of using a plant in India as an export base for EV manufacturing.”

Many people in India also like Ford cars. Its Ford Figo and Ford Mustang cars are the most popular cars here.

Ford, despite offering good cars, could not hold the expected hold in the Indian market.

If we talk about the share of various companies in the car market of India, then Maruti Suzuki holds the largest share here. Maruti Suzuki sells more than half the cars in the country. After that, the name of Hyundai, TATA Motors, Mahindra, etc. comes.

Although Ford had also tied up with Mahindra and Mahindra in 2019 to increase its stake in India, that too expired in early 2021.

Ford had announced to wind up business with India

Actually buying a car is like a dream for the large middle-class segment of Indians. This is the reason why Indian consumers are very price sensitive. Apart from this, the cost of maintenance and service during the use of the car is also a big issue for them.

Ford failed to understand the needs of the Indian market. As a result of which he suffered a constant loss. And finally, in September 2021, he announced to close his business with India.

Despite what happened, there are a large number of Ford fans in India. They were disappointed with the company’s decision to leave India.

But now there is good news for them that at present Ford is not leaving India. In fact, under the Production Linked Incentive (PLI) Scheme of the Government of India, it has got a chance to make electric cars in India.

What is the Production Linked Incentive (PLI) Scheme of India?

The Government of India has launched the PLI scheme to accelerate the automobile and auto component industry in the country. For this, a provision of Rs 25,938 crore has been made in the budget.

The prime object of the PLI Scheme is to overcome cost disabilities, create economies of scale, and build a supply chain in the areas of Advanced Automotive Products (AAT).

Ford is one of the 20 companies that have got permission to make their products in India under the PLI Scheme.

Ford said thank you to the Indian government:

The company has thanked the Government of India for approving its application under the PLI scheme.

The company’s spokesperson said. “We thank the Government of India for approving the proposal of Ford in the PLI scheme. As Ford leads customers through the global electric-vehicle revolution, we are looking at using a plant in India as an export base for electric vehicle manufacturing.”

Will the Ford EVs be sold in India as well?

When asked whether the company can sell its electric cars in India as well? A company spokesperson said, “This has not been discussed in detail in the company yet. But, it can be considered in future.”

It is clear from this that Ford’s electric cars will be available for sale in India in the future as well.

Ford must win again the trust of Indians:

As you know, Ford is undoubtedly one of the largest car manufacturers in the world. But despite the immense potential in India, it could not hold its own on the market here. Eventually, the company also announced the closure of business with India.

This had dealt a big blow to the fans of Ford. Now that the company is going to do business in India again, it has to try again to win the trust of the people of India.

Tesla has been trying for a long time to gain entry into the car market in India.
But the Government of India asks him to make his production in India under the “Make in India” program.

Now that Ford has got permission to produce electric cars in India under the PLI scheme, it is no less than a major setback for Tesla.

Opportunity to take the lead for Ford:

Since Ford already has two manufacturing plants in India. Ford will use one of those plants located in Sanand Gujarat to produce EVs.

This will give Ford an opportunity to take leads from other foreign companies.

There is immense potential for electric vehicles in India. Since Ford is already an established company in India, it will not be difficult to capture the Indian market if it introduces EVs as per the needs of the Indian market.