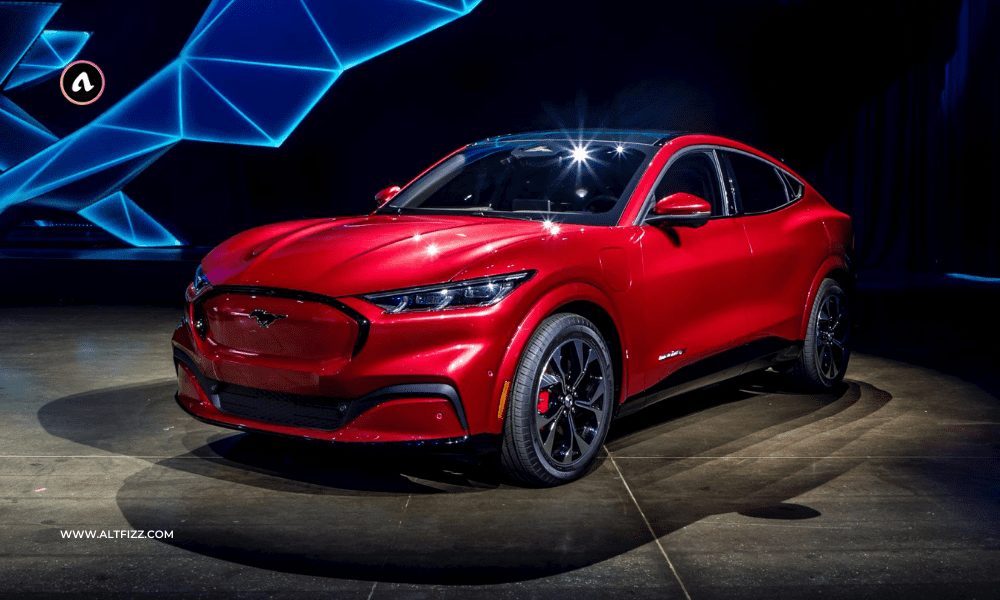 We know that petroleum products are present in a certain amount in the world. Surely, the oil has to be exhausted any day.

Continuous reduction of petroleum products, high oil prices, and pollution caused by oil-driven vehicles are the factors that have made electric-driven vehicles the biggest need of the time.

The car manufacturer companies seem to be ready to play their role in the present scenario. They have started the manufacturing of electric-driven cars to satisfy the need of time.

We have seen the futuristic Sony’s VISION S and Mercedes Benz’s AVTR presented at CES 2020 in Las Vegas, USA.

Ford has unveiled its first all-electric SUV in November 2019 which is expected to hit the roads in 2021.

Ford electric car is bearing its iconic name Mustang having the monogram of a powerful horse which is the symbol of its strength.

Special features of 2021 Ford Mustang Mach E are as follows:

Ford Mustang Mach E has the power of 459 HP.

Ford Mustang Mach E is available with two types of battery packs either with the standard range of 75.7 kWh or with an extended range of 98.8 kWh.

These battery packs feed the motor mounted on the rear or both axels.

The powerful motor and heavy battery packs give the capacity to the vehicle to get the speed from 0 to 60 mph in less than four seconds.

Distance covered in a charging:

Electric Ford Mustang Mach E SUV can cover a distance of 210 to 300 miles in a single charge depending on the battery pack and engine power.

Every model 2021 Ford Mustang Mach E is able to get charged rapidly.

The company claims that it will be having the largest charging network.

Space in a car:

The batteries have been fitted under the floor which allows the passengers to have sufficient space in the car.

The 2021 Ford Mustang Mach E has many advanced features that make the car smart.

Ford’s next-generation SYNS infotainment system uses the machine learning program to fully customize each driver’s experience. At present, it is able to support three driver’s profiles and one guest.

It features a 15-inch touchscreen through which software runs which allows easy access to the system’s apps and features.

With the help of this system, Ford will be able to roll out over-the-air updates over time, continuously improving the system and adding new materials to the system.  So that the system can stay updated over time.

Ford Mustang is known for giving powerful vehicles. Even in the field of electric cars, the Ford Mustang has maintained its tradition.

2021 Ford Mustang Mach E is a powerful car that can cover a considerable distance of 480 kilometers in a charge.

It is powered by various smart features and apps that make it smart.