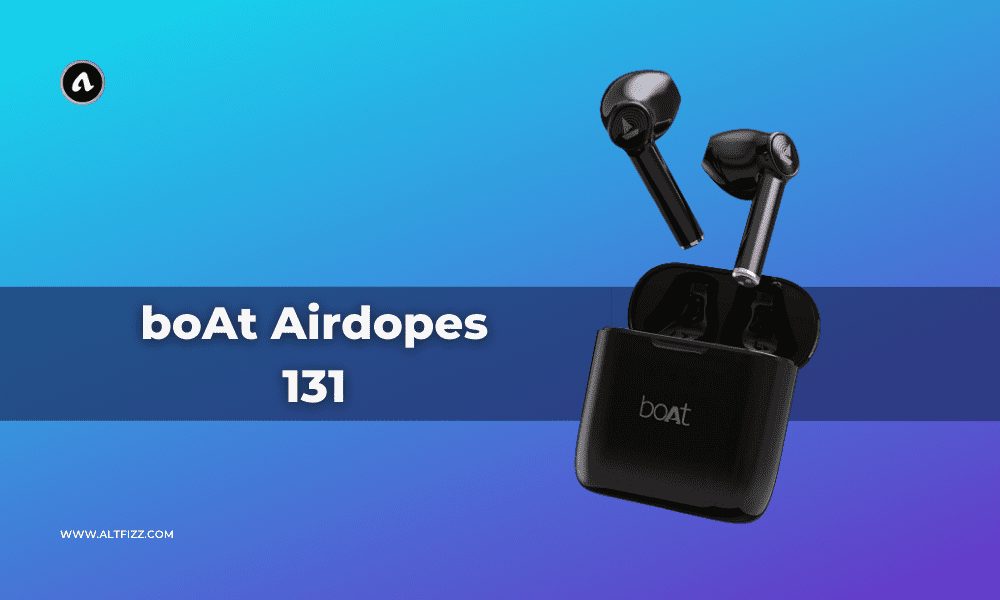 boAt Airdopes 131 has been launched in India by Boat.

The boAt is a well-known audio product manufacturer company. It is very popular in India for its personal audio products like earphones, earbuds, speakers, soundbars, etc.

The company has a good reputation in the Indian audio market for presenting quality products at affordable prices.

During the course of time, there have been tremendous changes in the technology of earphones. The traditional earphones are called wired earphones because they are connected to the mobile phone via a cord.

Later on, the audio product makers made wireless earphones. These are called wireless earphones because they require no cord to connect with the mobile phone. Though they are connected with each other via a wire so they are not truly wireless.

Now the earphone makers have started to manufacture true wireless earphones. In these earphones, no wire is used at all. They have only two buds that are placed in both ears.

Airdopes 131 have no wire. They are truly wireless.

boAt Airdopes 131 is equipped with 13mm drivers that are able to deliver clear and real sound.

Actually, the quality of sound depends upon the size of the drivers. The larger driver may deliver better sound. The 13mm driver is enough to deliver spacious sound.

In wireless earphones, the main concern is their power backup.
As the company claims it, boAt Airdopes 131 is able to work for 3 hours after once charged.

Additional four charges from the case enable the buds to perform for a total of 15 hours.

boAt Airdopes 131 are true wireless. They are able to provide good sound to give the real enjoyment of music.

Overall they can be said a good offer from boat for a reasonable price.