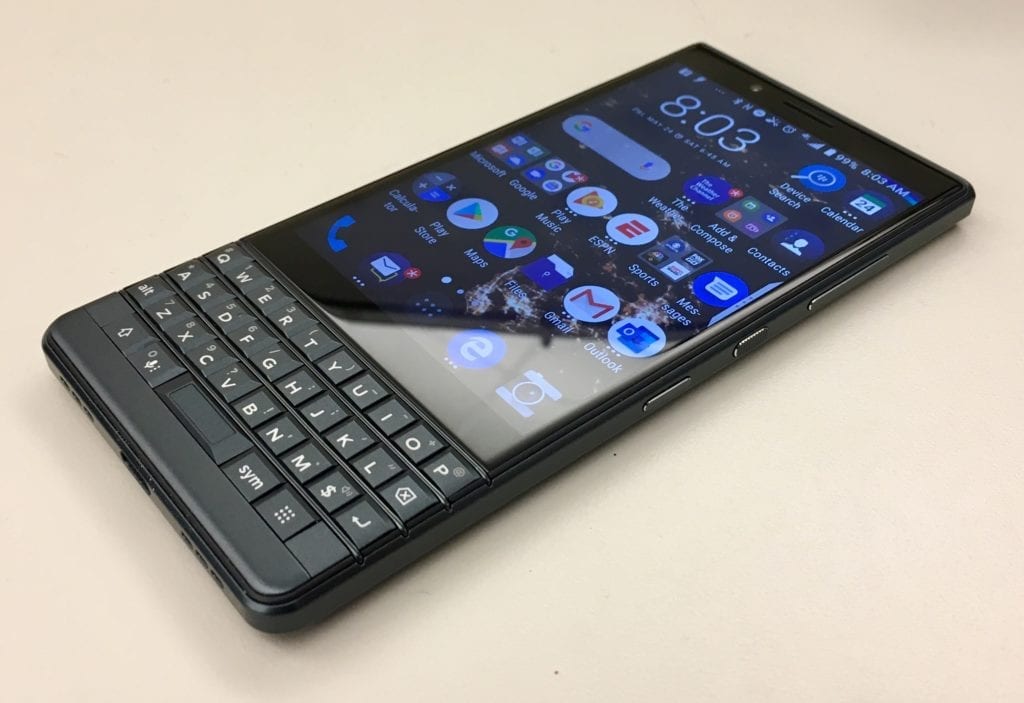 Blackberry is planning to launch a new 5G smartphone with Qwerty Keypad in 2021.

Blackberry is a giant Canadian tech company. Until a few years ago, BlackBerry had a special status in the world of gadgets and technology.

BlackBerry products were believed to be equipped with a high level of security features.

Formerly Blackberry products were designed, manufactured, and marketed by a Chinese company named TCL communication, under the brand of Blackberry.

In 2016, Blackberry launched phones in the market through TCL but could not achieve the expected success.

This year the tie-up of TCL and Blackberry is over.

Now Blackberry is once again preparing for a strong comeback in the mobile market.

The company plans to launch the new 5G flagship smartphone with a Qwerty keypad.

For this, Blackberry has formed a new licensing partnership with OnwardMobility and FIH Mobile Limited.

There is not much information available about the specifications of the upcoming smartphone of Blackberry.

But based on the information found so far, it can be said that the upcoming smartphone will have the following specifications.

The upcoming new phone will be based on Google’s Android.

Blackberry security will be a special feature of the phone. It will be pre-installed on the phone.

The company says that they want to give smartphone lovers a special security experience with their new flagship phone.

“Enterprise professionals are eager to secure 5G devices that enable productivity, without sacrificing the user experience.”

This phone will be supported by 5G connectivity.

Ever since cameras started coming in with smartphones, the camera has become an essential item to perform routine work.

Keeping in mind the importance of the camera, Blackberry is going to give a high-end camera in its new phone.

This BlackBerry phone will be equipped with a physical qwerty keypad.

However, nowadays all phones are coming with a virtual keypad because the user enjoys the full screen while performing other functions besides typing in them.

While the phone with the qwerty keypad does not get to use the full screen.

But still, there is a different experience when typing on a physical keypad.

Apart from this, the stylish physical keypad is the identification of Blackberry also.

So if you leave the temptation of full screen, then real typing on the physical keyboard will give you a different type of experience.

Blackberry’s new phones are expected to be launched by the middle of next year.

Currently, there are plans to launch the phone in the US and Europe.

As far as its launch in India is concerned, nothing is clear about it yet. But in the past to all of Blackberry phones have also been very popular in India, so it is hoped that the new phone will also be available in India.

The high security has always been the special feature of Blackberry devices.

The upcoming Blackberry flagship smartphone will run on the Android operating system.

Apart from this, it will also be equipped with blackberry security features.

So, the combination of the Android operating system and blackberry security may be of great use for the users.