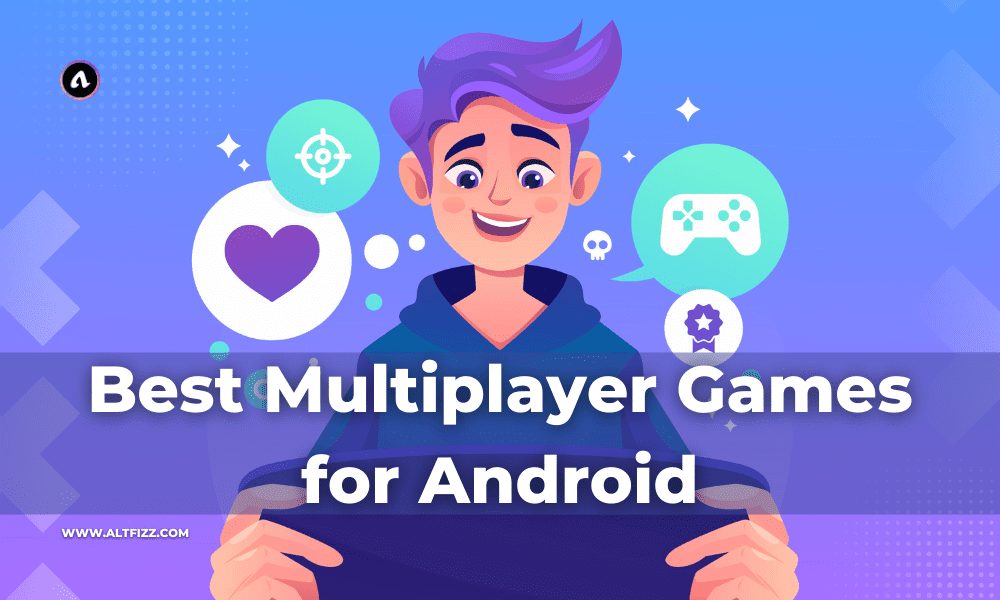 Playing games can be great fun. Mobile gamers spend hours pursuing their goals and upping their scores in video games. Playing games along with listening to music opens a new world of entertainment.

Android, in particular, is a great platform for game lovers. We can download numerous games from the Play Store as long as our smartphone’s internal storage does not run out.

Besides, the free-to-download features of Android games give us an unrestrained advantage.

Moreover, Android also offers a robust network for gamers to play multiplayer games online. We can play along with our friends on a particular game network, compete and even exchange freebies.

Nevertheless, finding some really worthy games can be tricky. Despite the multiplicity of video games, we only restrict ourselves to a few.

Some games, however, can only be played with other players online. Below is the list of the best Multiplayer games for Android. Most of them are also available on other platforms like iOS or are cross-platform compatible.

Here is a list of the Best Multiplayer Games for Android:

When it comes to online gaming, action games are the choicest for most of us. The first-person shooter is the first thing we should all fall for.

PUBG mobile unquestionably is one of the most popular multiplayer games available on Android and iOS.

It is action-rich and offers a great deal of excitement to the players. One can choose and swap between arms and accessories to add more fun to the game.

You can accessorize your gun, swap the headgear, and clothes to either blend into your surrounding or to give over a funky look, and also change the mêlée weapon.

The search and shoot game means you are in for spending some time looking for hidden enemies. The whole setup looks like a real battleground.

Gaming for guys is usually limited to action games and car racing. Driving a sports car through a busy race and competing with others can be highly entertaining.

When it comes to choosing a car racing game, there is a whole array of options. However, the Asphalt series is the most sought-after in car racing.

Asphalt 9: Legends excels in graphics, big time. The surroundings and color reproduction of the game are mind-boggling. And the choice of cars is very many.

Action games truly rule the game stores on Android. It is also largely the case with iOS. Our next item on the list, ‘Modern Combat 5’ is one of the most highly rated games on the Play Store.

Although a regular first-person shooter game, the mission you embark on is highly entertaining, given the unfolding of the events during the entire course of the mission.

You can choose or swap between your guns and opt for those that suit the mission aptly. Definitely, snipers give you an edge in long-range shooting, shotguns do well in close-quarter combats and assault rifles are versatile.

Not really a multiplayer game in its true sense, Real Steel is more of a duel game. Just like the original film, the game is a set of the future, in which, robots are remotely controlled in boxing matches.

You can choose a robot character and fight another in the game. You can get a live competitor to play against but you can also go offline if you so wish.

The amazing graphics will leave you flabbergasted. Boxing amongst robots can be truly fun. The steel-on-steel fight gives a feeling of subtle, non-gross brutality.

With every win, you get credit points. The accumulated points can be useful in making in-app purchases.

If you are a mobile gamer, then you must inevitably have played at least one of the Call of Duty computer games series. It is one of the most opted-for games in the computer action gaming series. Call of Duty goes mobile with its mobile game developed for Android.

You can form a team of terrorists or counter-terrorists to commence the mission and complete it with the first-person shooter view. Every round lasts only for a few minutes.

Something we love about the game the most is that the weapons are fully customizable.

We have a whole plethora of zombie shooter games on the Play Store. However, only a few excel in the standards set by Dead Trigger and excel by its successor, Dead Trigger 2.

The fully online game can only be played while your internet or WiFi is on; however, it brings its own set of pros. The game unfolds into shooting zombies, collecting blueprints of weapons, earning rewards, etc to buy stuff. You buy more powerful guns as you progress through the game and collect points and blueprints.

Racing games usually only provoke the scenes of car racing. Riptide GP: Renegade is a game set to break the convention. The motorboat racing game can give you a truly awe-inspiring experience like none else.

Along with the fun of racing, you also will like the storyline. The stunning visuals and effects like leaping at abnormal heights can intensely add to the fun.

Playing card games are fun on another level. It can be a true joy if played with other players online out there. Poker is a game that gives you the true feeling of ecstasy. You can play along with your pals and make a network of always-available virtual friends.

Rated amongst the topmost, Zyng Poker is perhaps the most preferred poker game on the Play Store. Its rich graphics and invitation to friends via Facebook have added another dimension to the game.

This was the list of the 8 best multiplayer games on Android. They give a truly great experience to players. The list has been selected from different genres of games that can surely accommodate everyone’s preferences.